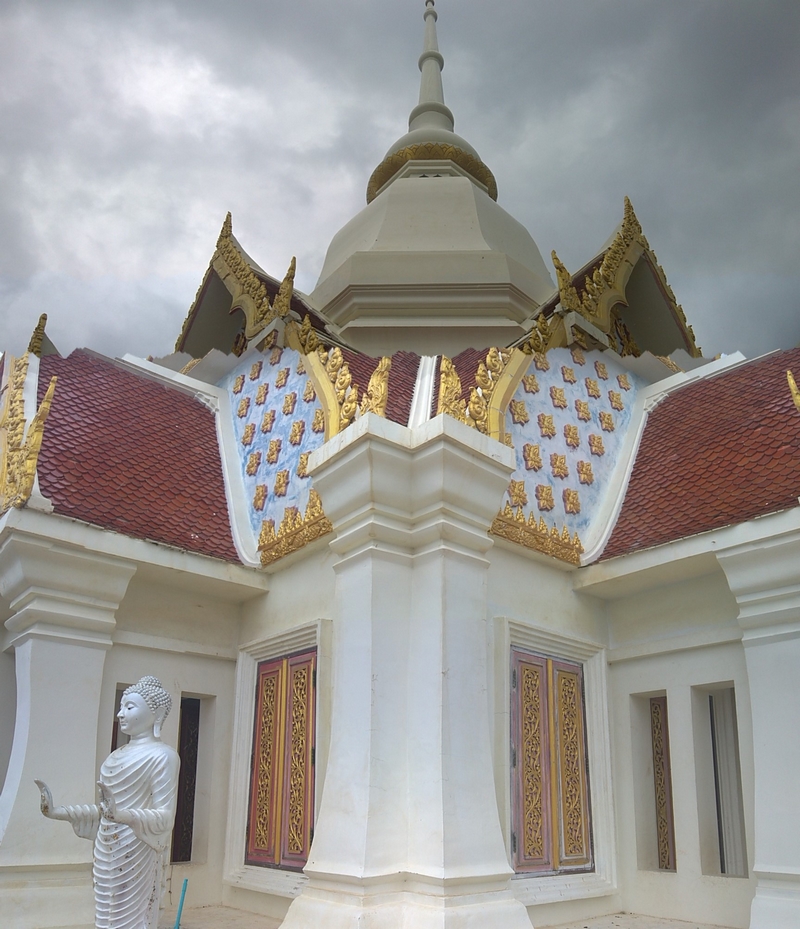 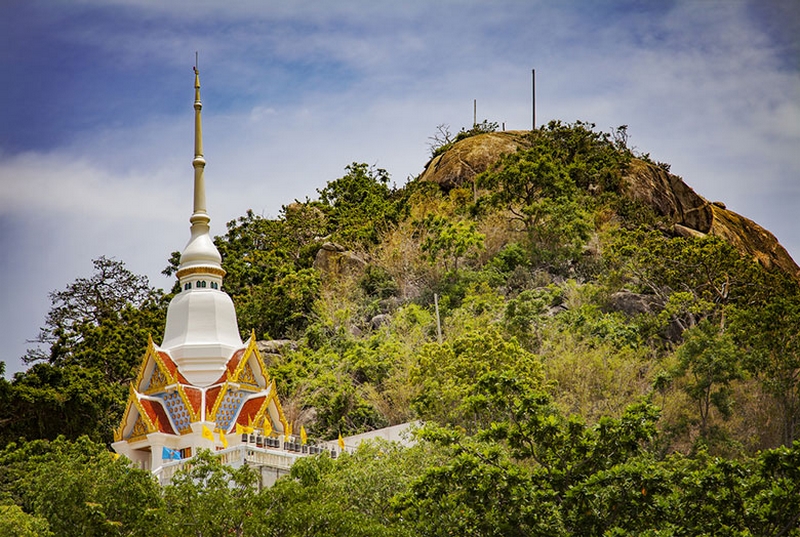 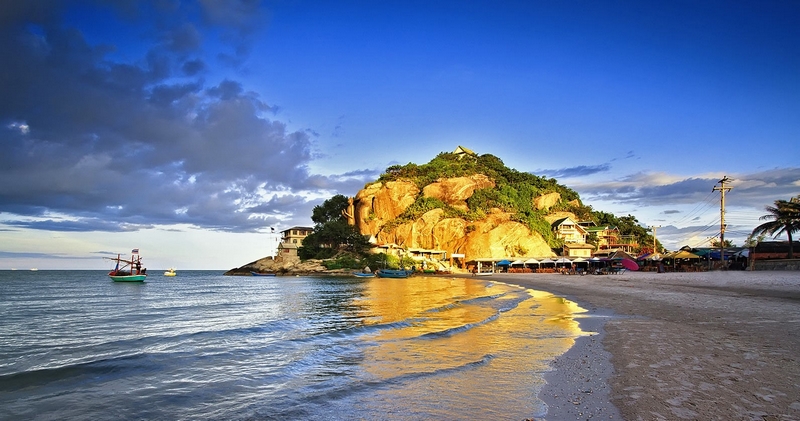 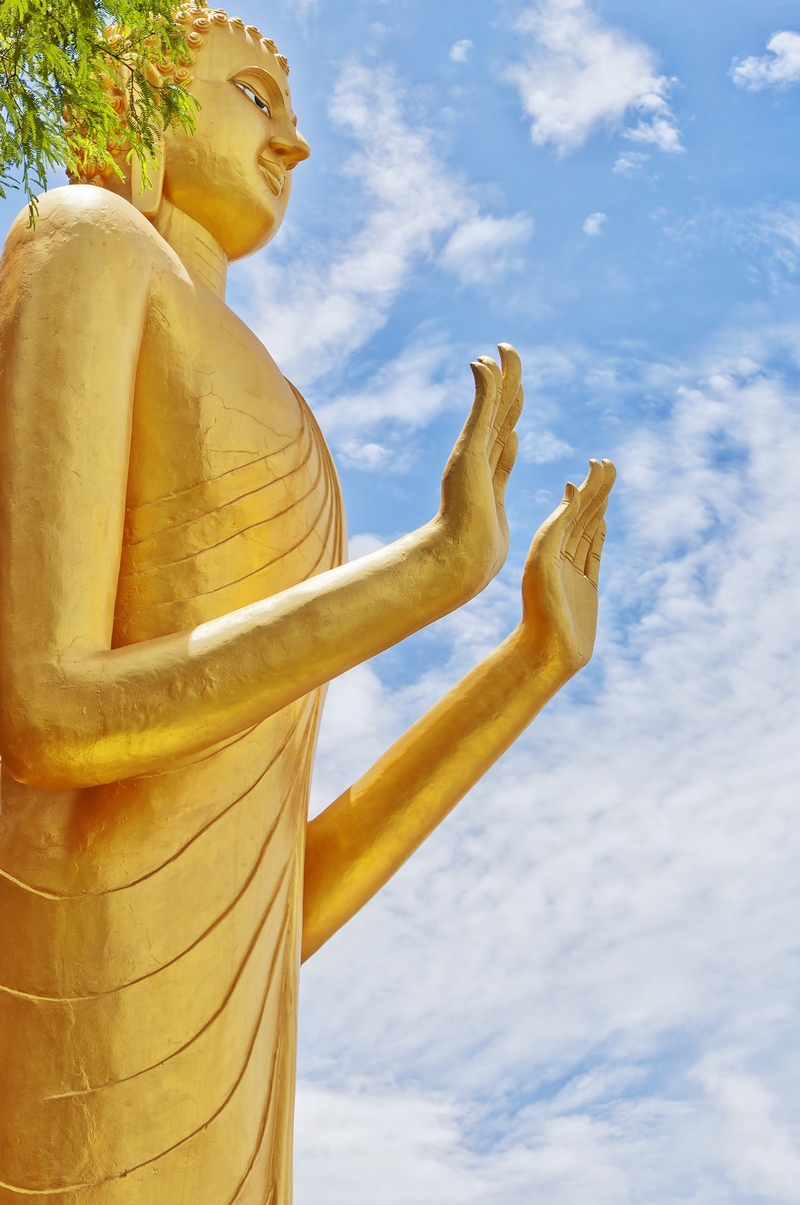 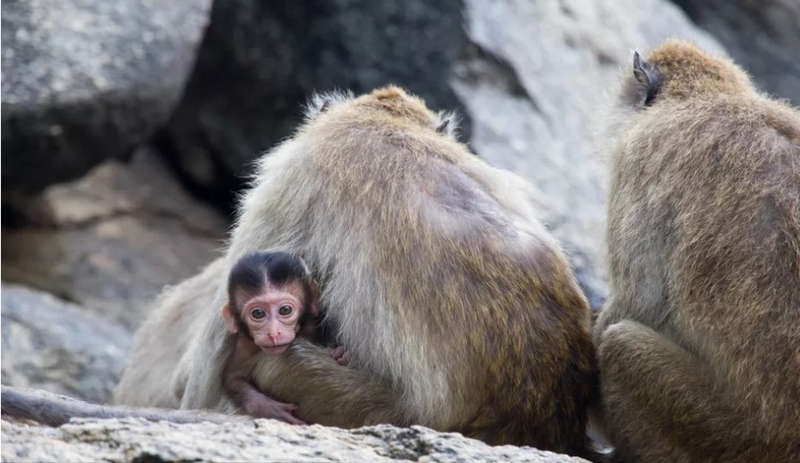 Wat Khao Takiap is a Buddhist temple complex situated on the south side of Hua Hin on Khao Takiap also known as "chopsticks Hill" and the complex boasts one of the most recognised temples in the area at 890 feet high.
There are several ways to reach the khao Lad temple at the top which include taxi, tuk-tuk or motorbike and walking which will allow you to stop and admire the scenery at the various viewpoints. On a clear day you can see as far as Cha-am Beach.
The mountain is aptly named after the thousands of macaque monkeys that inhabit it and the trip is an excellent opportunity to see them up close and feed them in a natural free to roam environment as opposed to a zoo. If you wish to feed them there are a variety of safe foods available for sale in the shops surrounding the base of the temple which can be a fun experience for children and families alike.
Starting from the small beach next to the restaurant, you will see the giant and very impressive 20-meter-high Buddha image overlooking the sea.
A short walk on the same mountain you will find a beautiful Chinese temple as well. The temple contains many pagodas and statues all wonderfully decorated in blue, red and gold colours and a remarkable statue of Guanyin, the Chinese Goddess with the thousand arms.
Inside the temple you will find paintings telling old Chinese stories. As in many Chinese temples there is a large statue of Pu Tai, also called the laughing Buddha. Pu Tai is seen as the protector of children and the poor by Chinese people.